This  is one large scary grease ridden Duct. I even took a deep breath at the thought of cleaning it. 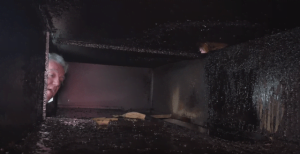 I was recently contacted by one of the largest chinese restaurants in the south Brisbane area who showed some concern about the level hazard in his restaurant duct.

He had placed his head up inside the canopy filter hole into this Brisbane duct and was horrified at what he had seen. He had been paying a previous contractor $1000 every six months to clean this system, but sadly they were only cleaning what he could see and left the rest to accumalate to an accute level of fire hazard.

The Restaurant owner had his kitchen hands cleaned the lower canopy regularly, so when I turned up I was even shocked at inside kitchen exhaust system was by comparison . Take a look at a few of the photos. This kind of grease is almost like a thick honey and is very combustable

I am grateful I have a team of harded staff who have done this type of work thousands of times now.

Anyway it took four of us 4 hours of  cleaning to get this canopy back to a professional standard. As one fellow cleaned the lower canopy and hood the other two climbed inside, through the access panels that were already in place but had never been opened 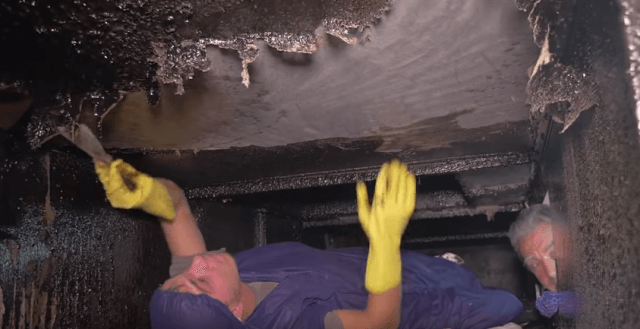 So at the end of the four hours we have a kitchen exhaust system that is now fire safe and compliant with council regualations. We will now cleaning the restuarants lower hood area on a 3 monthly basis  and the full system on a 6 monthly basis to ensure that the residual grease will not return. Below is a picture of the same area. We have got it to 90% and next time we come back will we get all the fiddly bits. 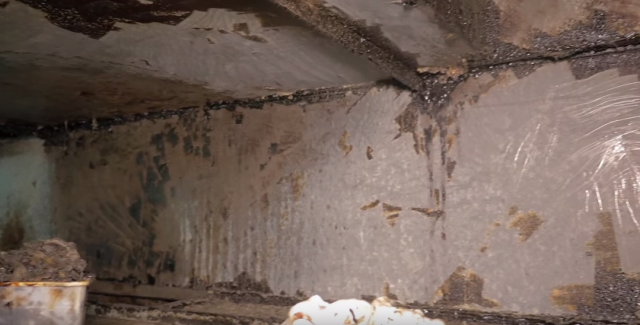 Many new restaurant customers tell me that they are currently happy with the present work that they are receiving until I take a look inside and show them the areas that they don’t see. Sadly many contractors only clean the areas that you can see and leave the rest. what they leave is great amount of residual grease that once accumulated amounts to a fire hazard.

We are your local duct and canopy cleaner, servicing the Gold Coast and Brisbane areas for nearly ten years