My name is Cameron from Greasebusters. It’s true, you know. The other day, we managed to fill a Santa sack of grease after cleaning one of my new Gold Coast kitchen exhaust duct cleaning venue. After 13 years in the kitchen exhaust cleaning business now, I still love it when I get surprised at what we find. it’s astounding sometimes to see the amount of grease that we find just beyond what you can see.

Anyway, what happened we started the duct cleaning at about 6 am the other morning. Getting in early before everyone starts to cook is the biggest trick. So I turned the main switch off to ensure no one gets chewed up in the blades should someone turn it on by mistake while the lads are inside

I then had to cut a number of access panels, which allowed us to get into the ducting. In reality This kitchen exhaust duct had never been cleaned before, How can I say this you say? Well, because there was no hole allowing people access to actually get inside the kitchen exhaust.

It was such a large venue and perhaps 50+ metres of horizontal ducting hanging from the roof.  I did have four staff because we were cutting four access panels. One area in particular, the ducting that went from the fan to the actual cooking area, which extended the 50 meters. 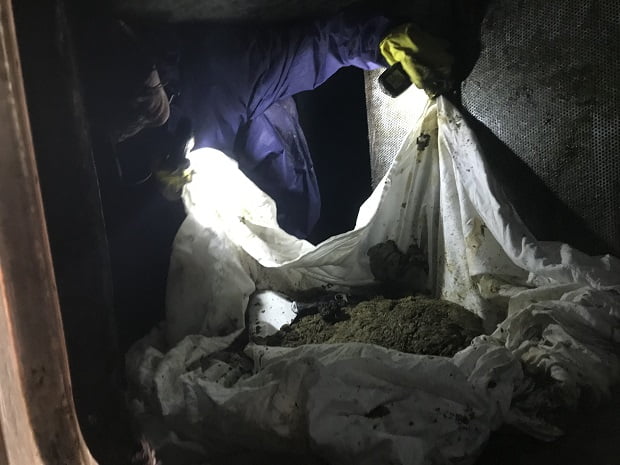 I could hear the lad inside moaning and groaning to himself and now and then even having a little giggling in disbelief. I put my head in the hall

He said The closer I get, there is a shit load of grease”. it’s amazing.

I said, “Rather than use a  bucket I throw you a big sheet and just fill the sheet up instead and just drag it back through”. 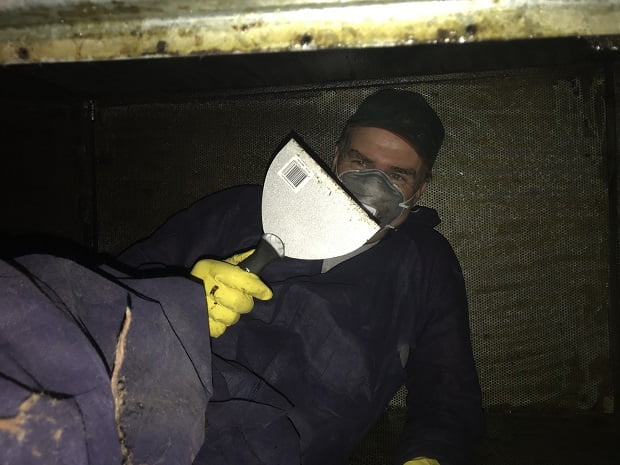 So I think it took him about two hours and I said to him way quickly tidying up soon How much left and he said are another half an hours he shouted: “Come and get it”. And the video below says it all That 30 kilos of grease easy that was in that ducting.

If you have an Asian venue we do a lot of oily cooking, you should have your ducks inspected on a regular basis. Most Asian venues have a high buildup of grease, residual grease, fire hazardous grease in their ducting. I’m not blaming the venue because the other side of the kitchen canopy is out of sight and sometimes is out of mind. And most of the time the business owner was getting his kitchen exhaust and ducting done on a regular basis and just assumed that it was being done correctly, which was not always the case. 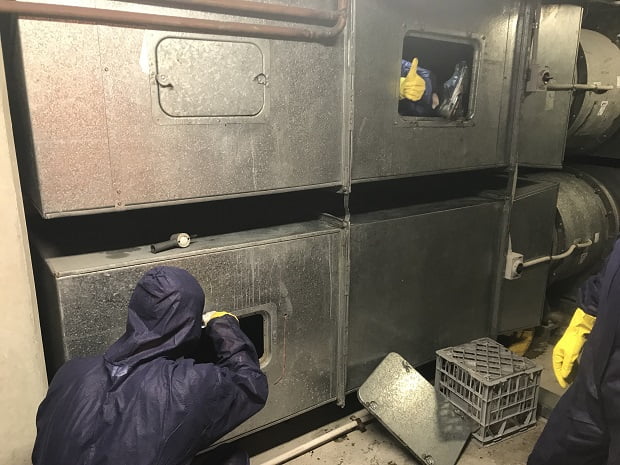 So If you own a venue, especially in Asia one give me a call and let me come out for a free fire risk assessment. no-obligation free of charge. I’ll come out and take a couple of pics of what your inside looks like. And I’ll send them to you with an appraisal. 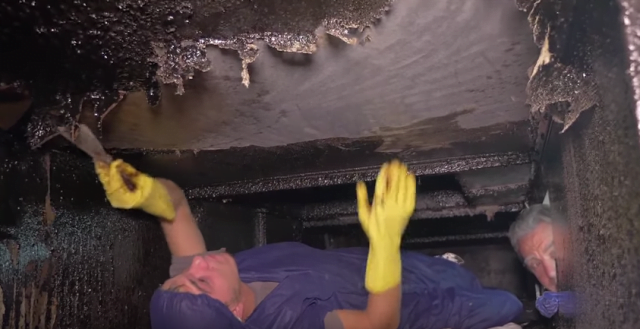 As you can see, it’s not a job for the faint-hearted. These fellas here have probably done this five, six thousand times now. So, you know, what you’re getting is an expertise by the sheer repetition. And the venue manager of this venue was horrified when he looked up this commercial canopy and ducting. But you know, the lads probably duct cleaning like this, hundreds, and hundreds, and hundreds of times. That takes the scare out of it.

The ironic thing about it is being so dirty that once you peel off the layer, it’s actually like, brand new underneath. I’ll show you.
There are like 100 layers. See.

The other thing to keep in mind with this work is, why a lot of my opposition doesn’t do this, is because it’s too bloody hard. You know? The team years now, and this is just our daily work.

We Are Your Local Professional Kitchen Exhaust Duct Cleaning, Servicing The Gold Coast, Sunshine Coast And Brisbane Areas For Over Ten Years